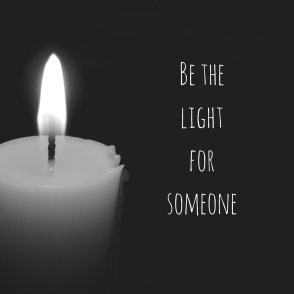 Depression is feeling alone, when you are surrounded by people.

Depression is feeling lost when you know your way.

Depression is feeling exhausted, when you have 10 hours sleep.

Depression is feeling empty, when you are full.

Depression is feeling numbness when you are overwhelmed with feelings.

Depression is death when you are very much alive.

That is the beast, the big black dog. Depression.

So, what is it? what is Depression?

Depression, or Major Depressive Disorders as it’s categorised in the Diagnostic Statistical manual (DSM 5) is the following –

For a person to be diagnosed with clinical depression, they would have to have
five or more of the following symptoms, including at least one of the first two,
for at least two weeks:

As you can see depression is not a made-up disease.

It is much, much more than that.

And I think that has been forgotten over the years. The language that we have used and the stigma we associate with being depressed has really taken away from the real and actual experience that depression is. We have become too flippant with our language. How often do we hear people say, “I’m so depressed…I don’t have enough money for….” or “I’m so depressed I couldn’t go out on the weekend,” or some other trivial, benign statement.

No one chooses to have depression, just as no one would ever choose to have cancer.

Can you imagine saying these things to someone experiencing cancer, or heart disease, or some other physical illness? No because it would be an absurd thing to say. “Your cancer will get better if you just have a shower, get dressed and go outside….”

And chances are the person has tried to get up and shower and put a smile on their face and it has not worked. All it has done has made them feel worse, it’s pushed them further down the black hole they find themselves in. And there is no light at the end of that tunnel. It is bleak and endless and full of ghouls.

My own personal experiences with depression were similar. I saw no light at the end of the tunnel, just pain and blackness that was just so endless, no release or escape. It felt like each day, each hour and each minute more heavy relentless bricks were being piled on and I was sinking further and further into a hole that I could see no way out of.

I have never felt like I had reasons to be depressed.

In fact the better I was doing in my life, the worse the depression got. It was like my mind was just preparing itself for it all to crash down, and when it did it was a self fulfilling prophesy. It was like  an “I told you so.” You don’t deserve happiness, or things to be going right. You deserve nothing.

And I would sink into the depths of nothingness for days, weeks, months until I was able to pull myself out, or medications would start working, or things would just start feeling easier. It stopped hurting to breathe and I would then get up, push on and brace for the next hurdle.

Today I know much more about depression, and am often able to ‘catch’ myself before I begin to fall. I have learnt to identify early warning signs, I take regular medication that makes me feel what I like to describe as ‘the real me’ and I understand the psychology behind mental illness.

And by writing this blog and talking about mental illness, sharing my story I want people to understand that depression is real, just as real as a physical illness we can see.

I am in no way saying that we can compare physical illness and mental illness. I have long advocated that this activity is just absurd because what is the point. What I will say is that everyone who experiences sickness or illness, or pain deserves to be treated as a human being. Their suffering needs to be acknowledged, tolerated and supported.

If you would like some more information about depression, please check out the following resources –

Beyond Blue – The facts about depression

So before you scoff next time you hear someone is off work for mental health reasons, or when someone tells you they have depression. Think about what you say and how you will respond.

If you  know someone who is suicidal, or if you’re feeling suicidal yourself please reach out, use these resources – and if you don’t get the answers you need, try someone else.